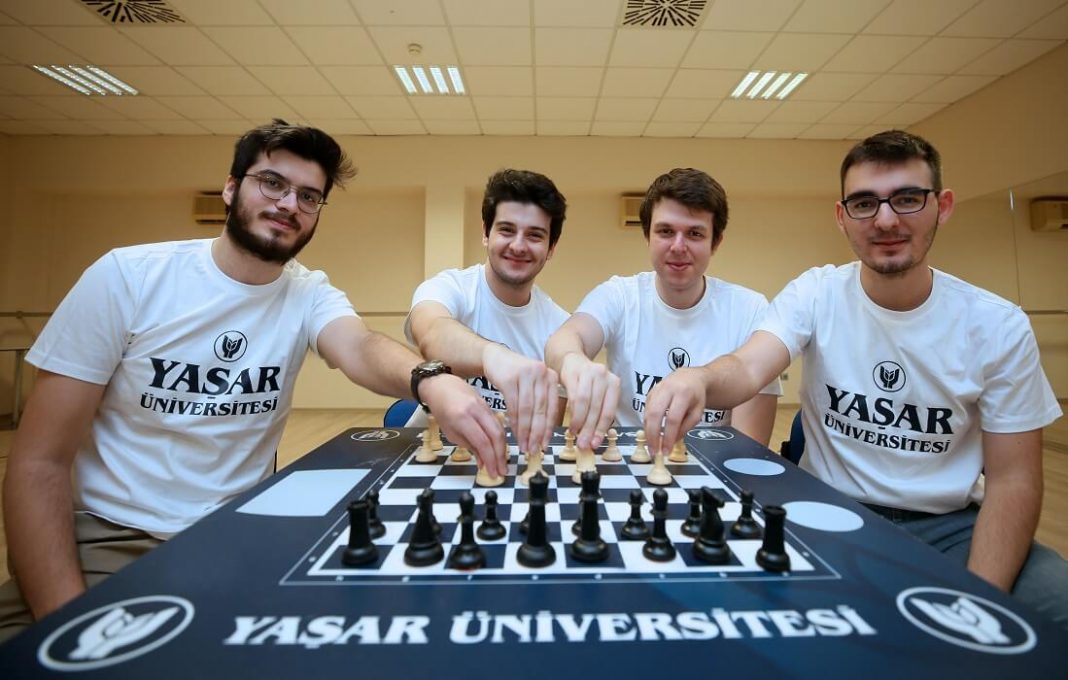 Yaşar University Chess Team excelled at the Online Interuniversity Chess Tournament Turkey. In men’s category where 102 athletes from 22 universities competed, Yaşar University’s students Cem Kaan Gökerkan, Umut Erdem Gündüz and Emre Dedebaş, who are also national chess athletes, achieved to be ranked in the top three places and became the champion of the tournament as a team. 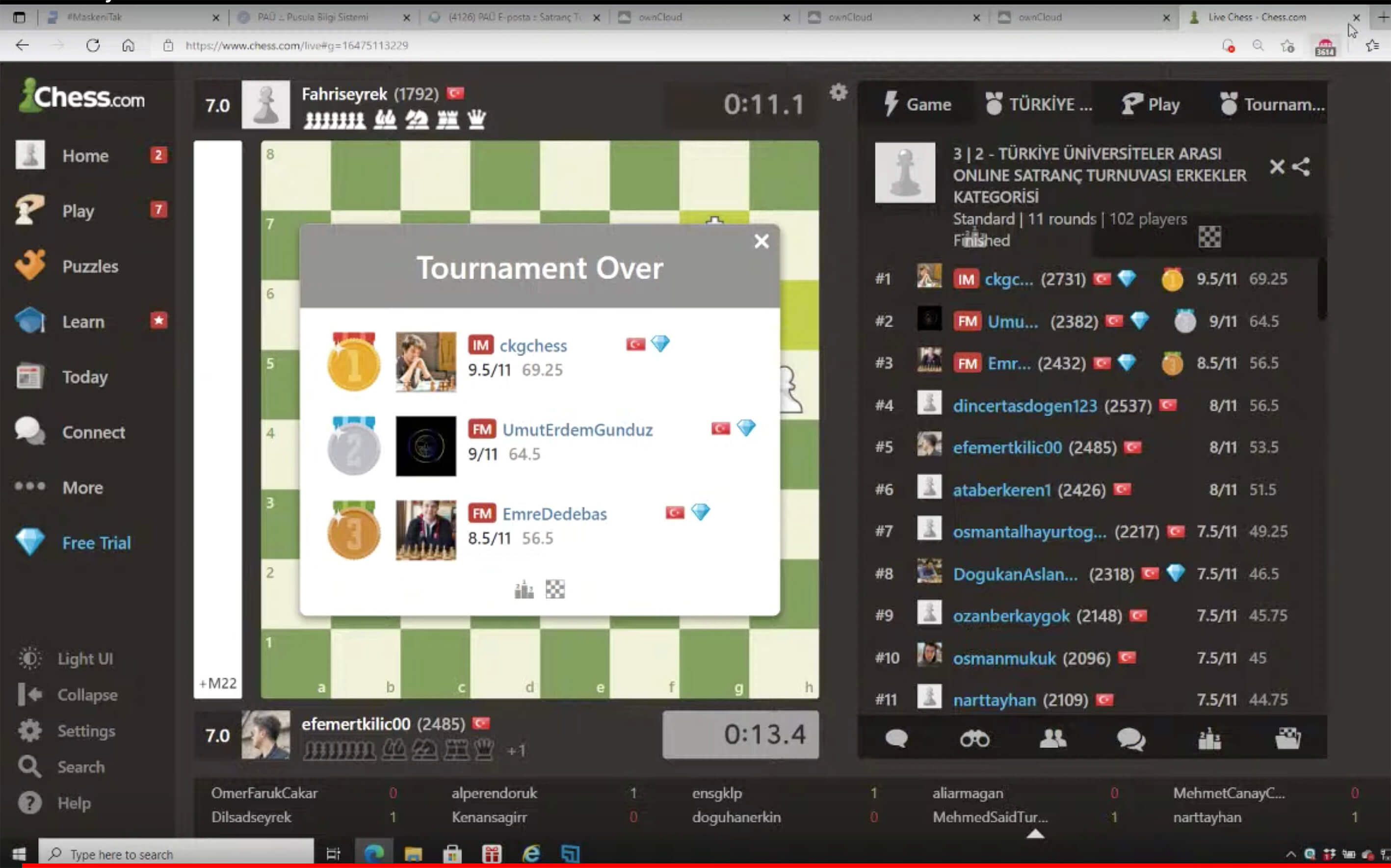 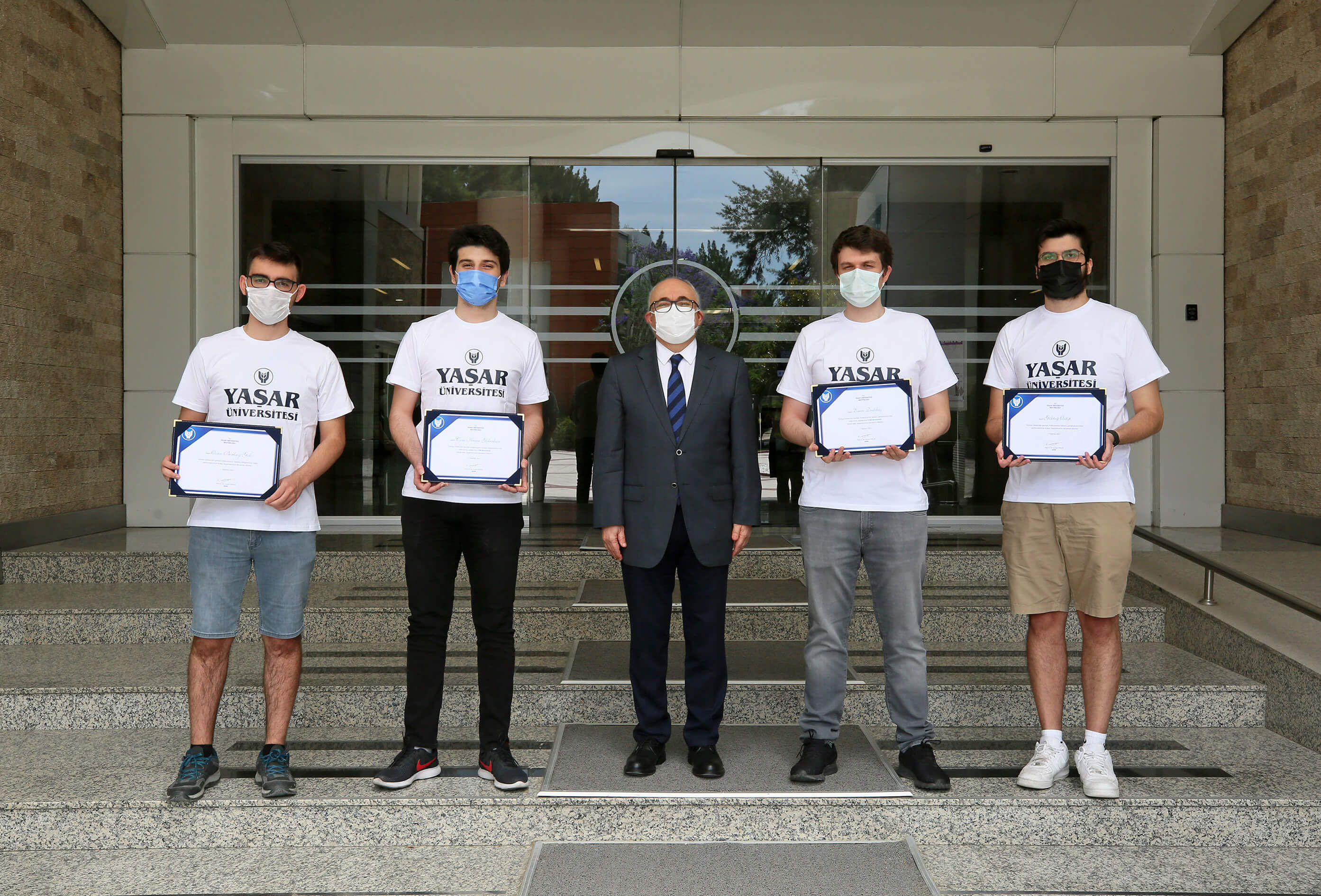 National athletes from Yaşar University ranked in the top three places and a total of four students from Yaşar University was among the top ten of the tournament. Holding the title of International Master, Cem Kaan Gökerkan ranked first with a score of 9.5, while the FIDE Masters Umut Erdem Gündüz and Emre Dedebaş were ranked second and third scoring 9 and 8.5, respectively. According to these results, Yaşar University completed the tournament as the champion team of the tournament. Yaşar University  Rector Prof. Cemali Dinçer welcomed the achieved athletes following their excelling performances at the tournament. To express their  pleasure for the successes achieved both personally and as a team, Prof. Cemali Dinçer said, “I believe our sportive and academic achievements will remain constant. In a sportive discipline that mind functions effectively, self-discipline is attained and practiced. And self-discipline is highly important for academic success.  Therefore, I am convinced that all of you will also be academically successful. I would also thank you for this success and honor that you presented to our university.”